Book review: Beyond the ...

DevOps is primarily focussed on moving code from a developers laptop into production, in a fast manner, while maintaining stability. Fundamentally, this is the delivery pipeline. For those of us using DevOps to

I studied my first Azure certification - Exam AZ-103: Microsoft Azure Administrator during the latter part of 2019. I completed the course, but did'nt write the exam. I did'nt enjoy Azure training as 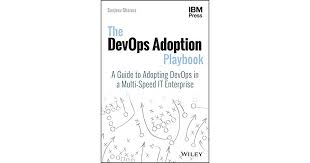 It's one thing reading about the extreme DevOps practices of the unicorns (Google, Facebook, etc), and it's completely another thing trying to adopt DevOps in a legacy organisation. Thats why it's reassuring to

In a previous post, we spoke in depth about product/feature teams. In this post, I want to talk about a Platform team, that will support the platform used by the feature teams

I wrote a few posts about my desktop setup about 2 years ago. I started

‌Legacy corporates are abound, and they see the Internet unicorns stealing their lunch. They know

In the post about APIs and SOA, I mentioned briefly the architecture we designed and