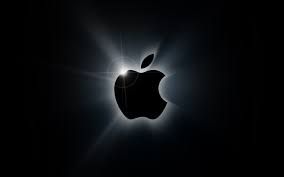 I got my first Mac in 2014, after first thinking about getting one a few months earlier, which was a MacBook Pro 13". It served me really well for all these years. I added a Hackintosh to the mix as well.

The 13" MBP eventually suffered a MLB failure, and fried the the GPU as well. I found a guy that used an MLB from a donor one with a damaged screen, but it had 4GB RAM, and not the 8GB I had. So I sold it for a very good price - about 1/3 of the original price I paid 5 years - which shows how well Apple products how their value.

I replaced it with a mid-2018 MacBook Pro with Touchbar, for similar  specs as the previous one:

I would have liked to have the 16GB model, but it was priced above my budget.

macOS is a Unix that just works.

I am too old and tired of getting Linux to play nicely. I have spent far too much time in xorg.conf trying to get the graphics driver and screen to work. And as much as Linux has better apps for everything, you just cant beat Microsoft Office. And thats why Microsoft treats macOS as a first class citizen, as it just works on a Mac.

Yes, you can get Hackintosh to run on a normal PC, but nothing beats macOS running on Apple hardware, especially with sleeping. You just closed the lid, and put it in your bag. You get home, and carry on exactly where you left off. For the last 5 years, I have never had to shutdown the OS, or put in it hibernate. I just close the lid. Thats it.

Perhaps the real beauty is that the terminal is just there, and it works. For everything. Its like Linux....but better. brew is the equivalent of apt-get, and docker is there as well. What else could you need?

And thats how Apple ties you in to their eco-system.